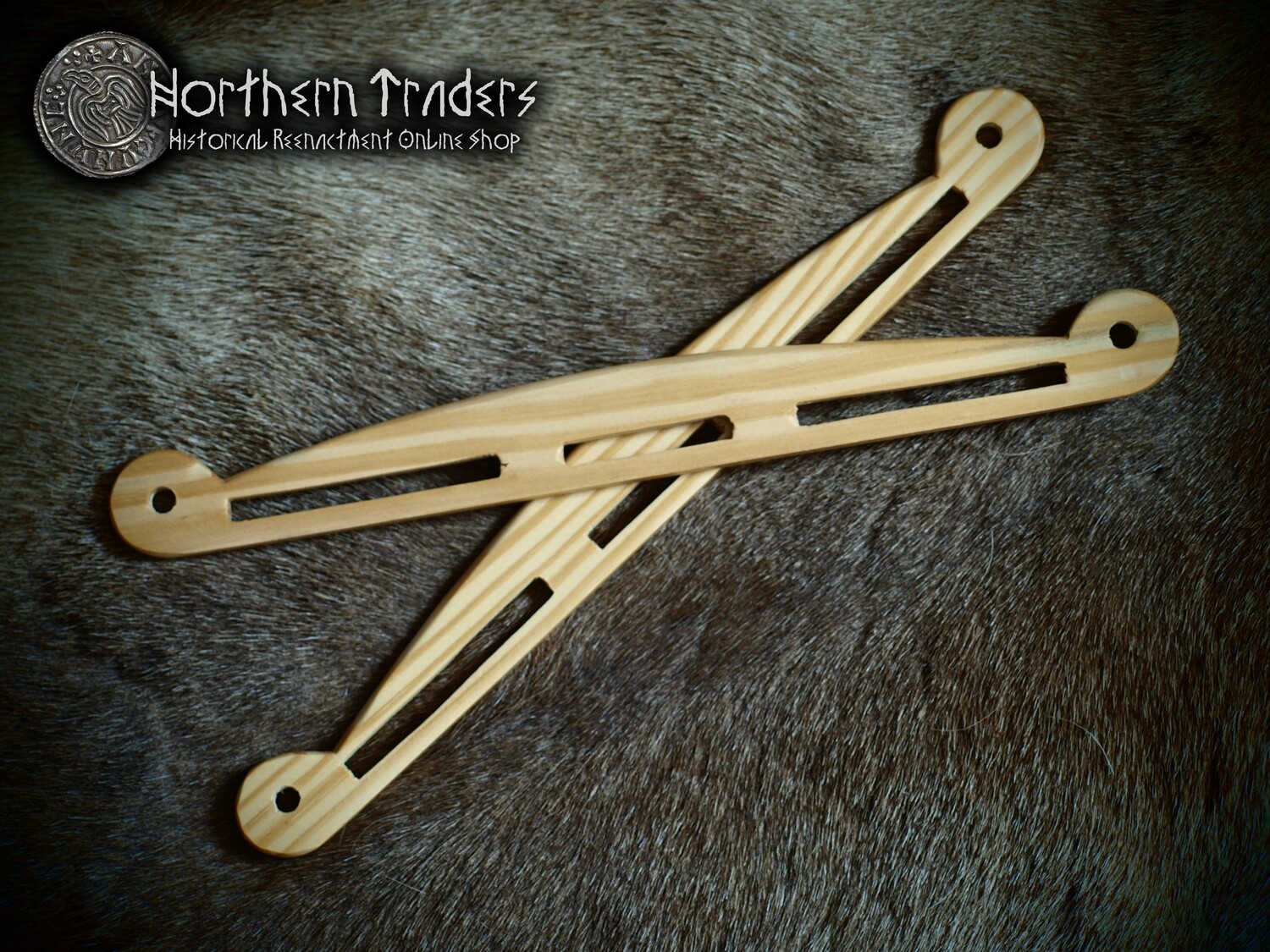 Pair of wooden bars based on the archaeological finds from the Viking town Hedeby in northern Germany.

The fabric or leather bag was attached these two pieces of wood on which there is attached a shoulder strap. The name derives from the Viking city of Haithabu in northern Germany, which was the second largest city in the north during the Viking era.

Even if there are no finds of completely preserved bags from the Viking Age, the functioning of later finds of very similar bags of the Sami in Lapland is derived.

In addition to the Haithabu bag handles, similar parts from Birka in Sweden and Viborg in Denmark are also known. The bag bars from Hedeby were made from ash and maple and were between 18 and 49 cm long and 7 to 13 mm thick.

In contrast to the historical model with a length of 49.6 cm, we have made these bag hangers slightly smaller.

Made of pine wood.