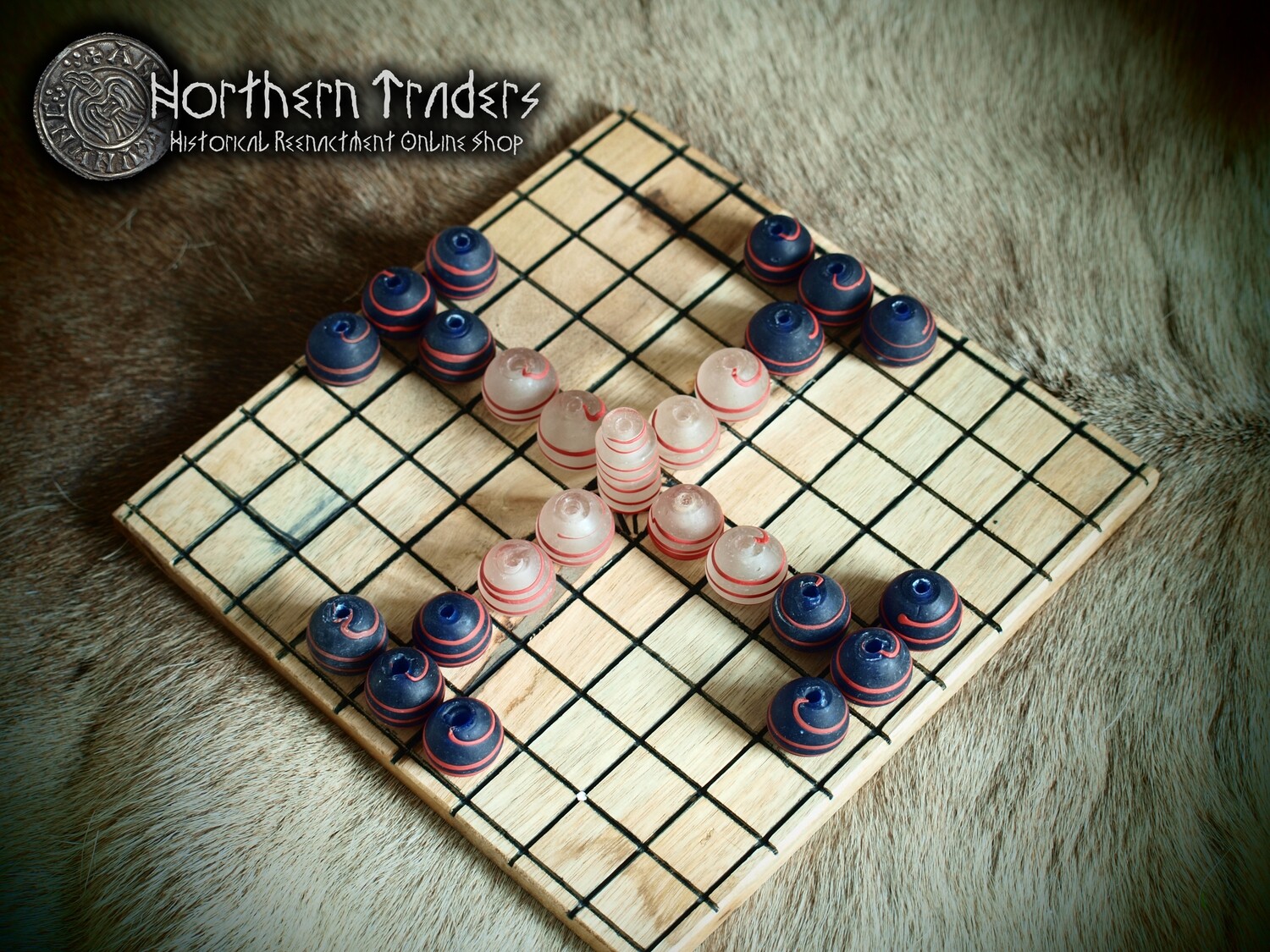 The Tablut is a board game that belongs to the family of tafl games, ancient Germanic board games that were practiced on a grided table and could be descendants of the Roman Ludus latrunculorum. Some versions of this game were popular in Northern Europe since at least 400 A.D., until they were replaced by chess during the Renaissance.

The word tafl (pronounced tapl) means table or board in Old Norse, but it is currently the word for chess in modern Icelandic. Hence the game is also called "King's Table".

Unlike chess where the arrangement of the pieces are initially placed linearly on opposite flanks, the tafl figures start from the center of the board.

This tablut is based on a game found in the grave 523 of Birka, Sweden, and is dated to the 19th century.

The pieces, like the original ones, are hand-made of glass. The board is made of carved wood.