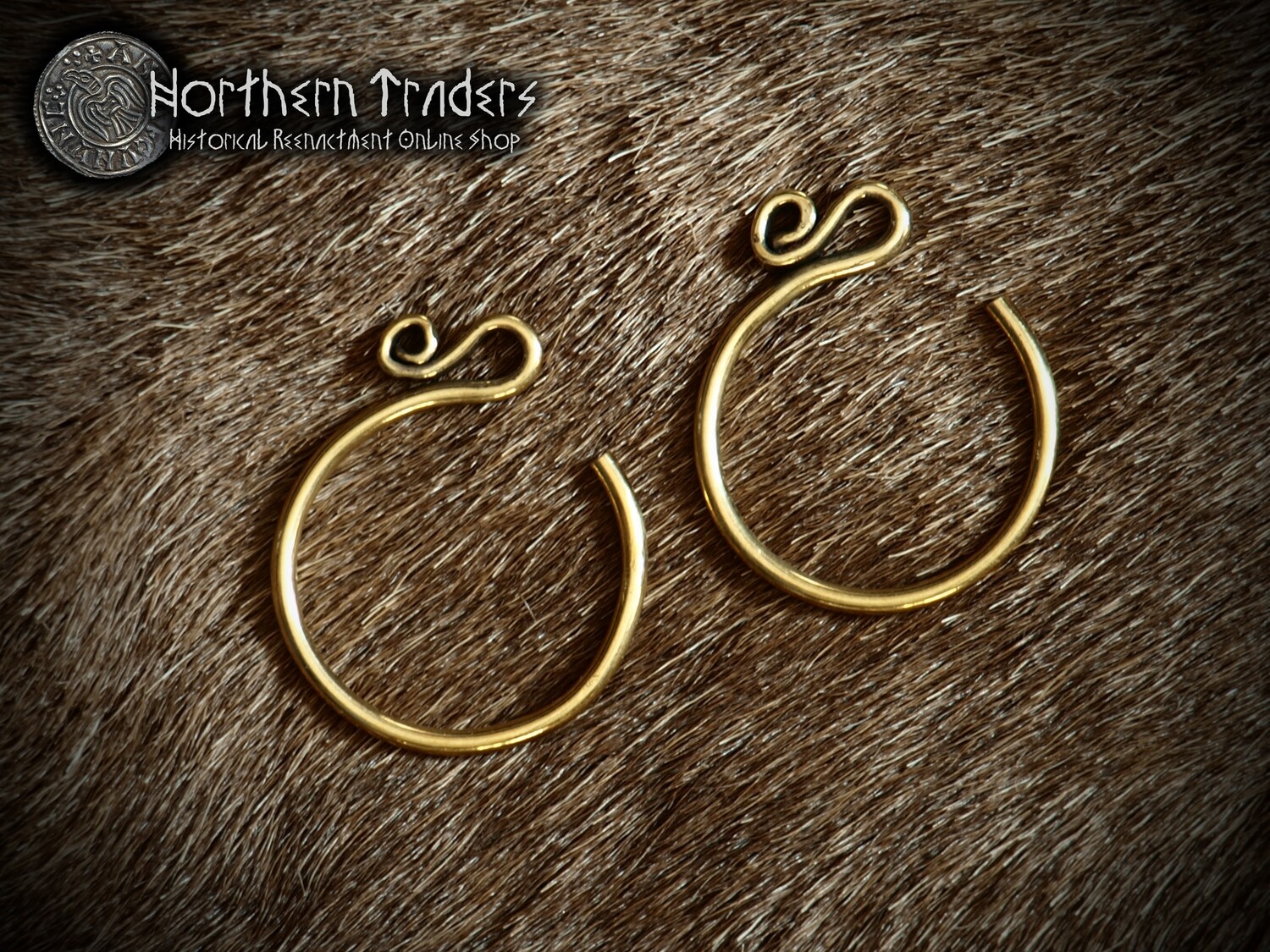 These typical temple rings of the Slaves were made according to a historical model from the Middle Ages.

Temple rings were a typical part of the costumes of the Slavic peoples in the Middle Ages and were still in use until the 12th century.

Normally, the temple ring was simply knotted into the hair and worn in pairs or several along the temples, from which the name derives. However, temple rings were also braided into a headband or scarf.

The temple ring is handmade of brass and it measures x cm and comes as a pair.