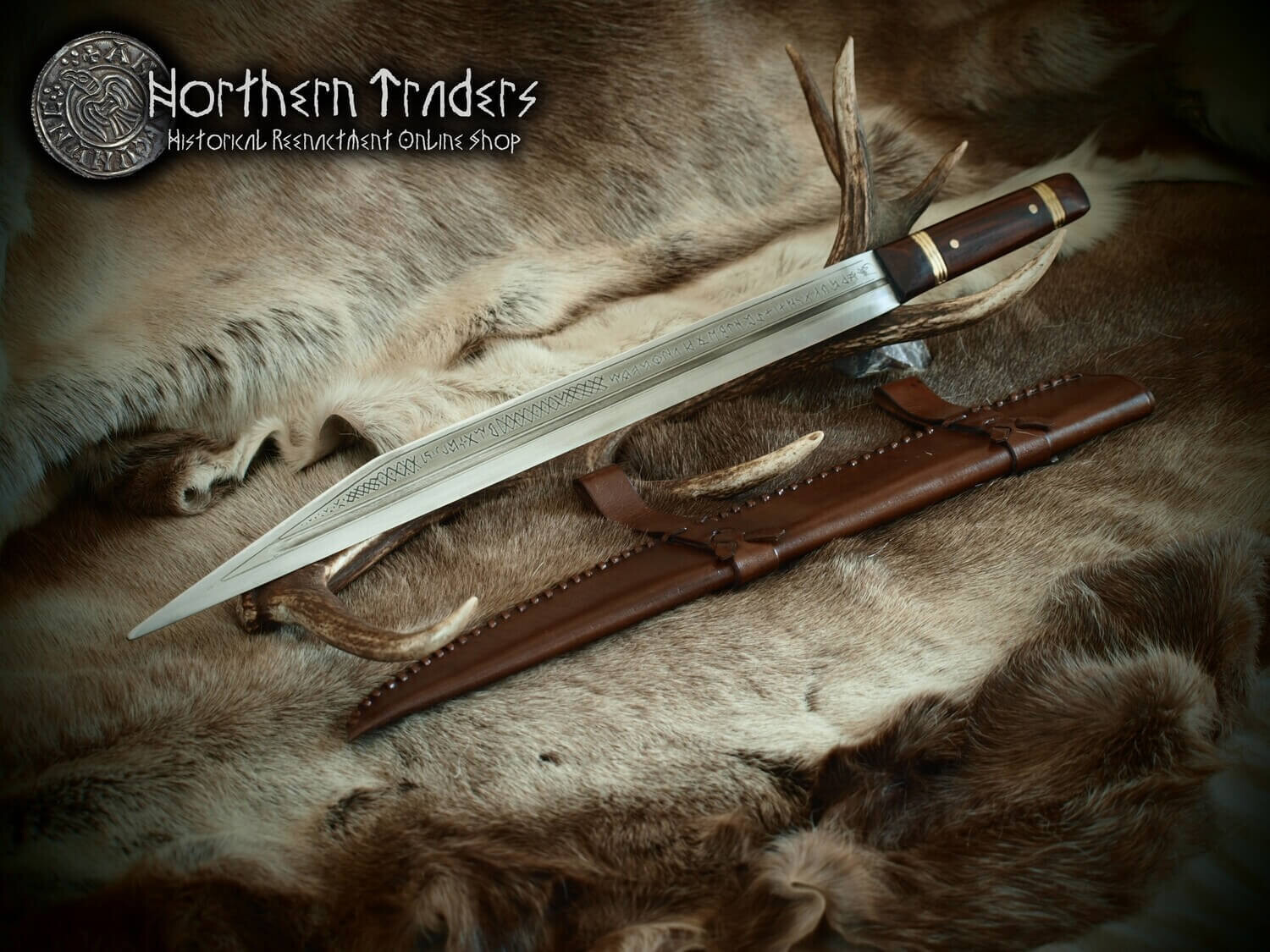 Replica of the Seax of Beagnoth (also known as the Thames scramasax), a 10th-century Anglo-Saxon seax (single-edged knife) that was found in the River Thames in 1857, and is now at the British Museum in London.

It is a prestige weapon, and the original is decorated with elaborate patterns of inlaid copper, bronze and silver wire.

On one side of the blade is the only known complete inscription of the twenty-eight letter Anglo-Saxon runic alphabet, as well as the name "Beagnoth" in runic letters.

It is thought that the runic alphabet had a magical function, and that the name Beagnoth is that of either the owner of the weapon or the smith who forged it. Although many Anglo-Saxon and Viking swords and knives have inscriptions in the Latin alphabet on their blades, or have runic inscriptions on the hilt or scabbard, the Seax of Beagnoth is one of only a handful of finds with a runic inscription on its blade.

- Material: steel, handle of wood and brass, sheath from cowhide

- Blade semi-sharped, not suitable for combat.

Important: the quality of the steel makes this seax suitable just for decorative purposes.