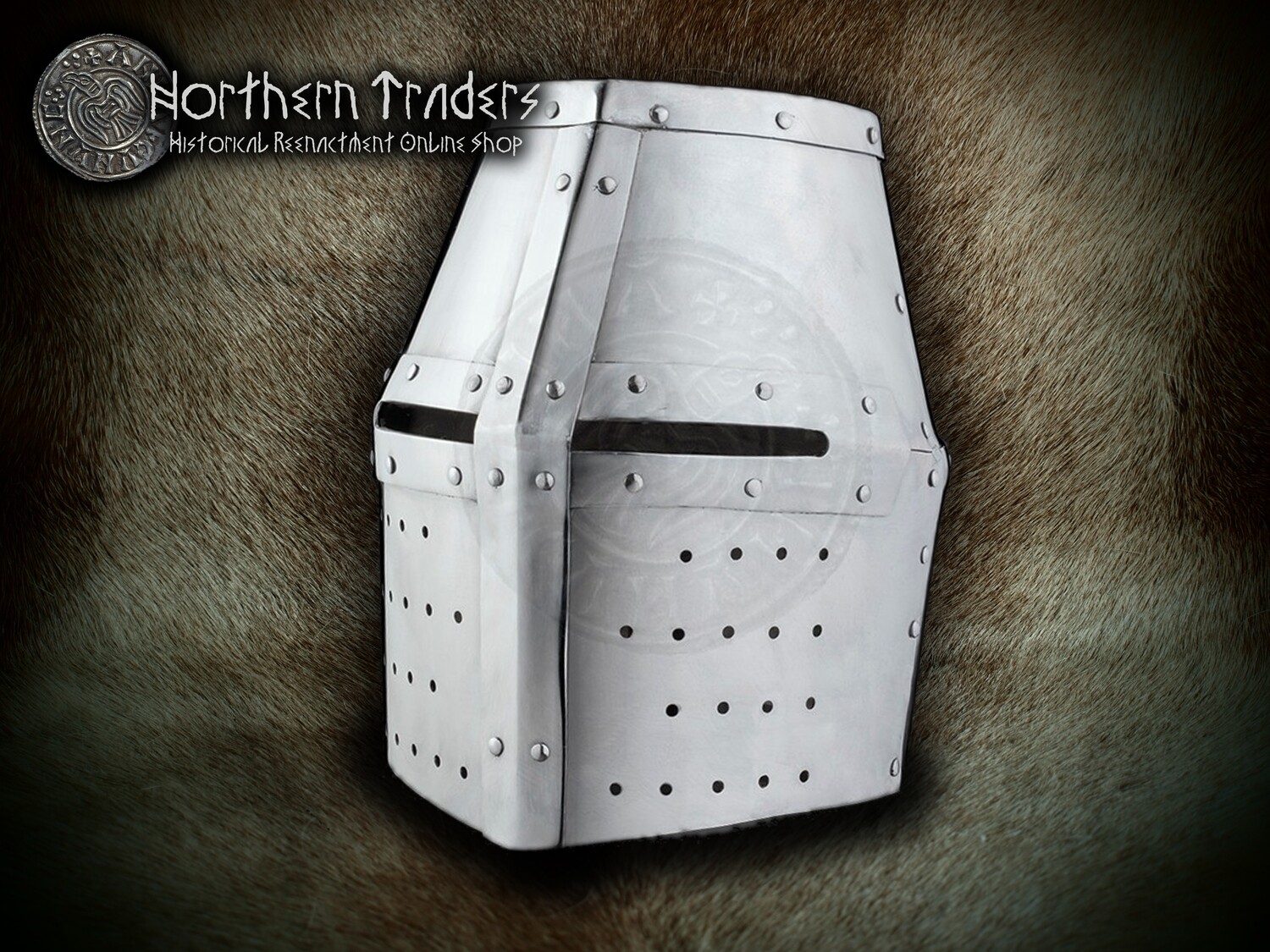 The helmet, which began to be seen on the battlefield as early as the 13th century on its earliest forms proved to be a winning design to be used almost for the next three centuries. A simple to manufacture piece whose elongated use proves it was useful even for cavalry protection. Worn commonly over a chainmail coif or skull cap was usually built with 4 pieces riveted among them and with flat top. It has a fierce-looking fixed visor that enhanced the already intimidating look of a charging knight.

To make the design of this piece we´ve been inspired by an original piece dated from the middle 13th century found in Pomerania that nowadays is shown in the Historisches Museum of Berlin. This kind of helmets were usually seen in the middle 13th century until beginning of 14th century as can bee seen in some documents as the Codex Manesse, the Maziejowsky bible or the Cantigas.

Made of 1,6mm steel with 2mm skull. Steel thickness may vary due to the handcrafted methods used on its manufacturing. The steel is untreated and may have rust. To protect the steel you may rub it with mineral or synthetic oil.


No returns will be accepted due to these issues.

Standard size = 63~64 cm Perimeter
Save this product for later
Display prices in: EUR