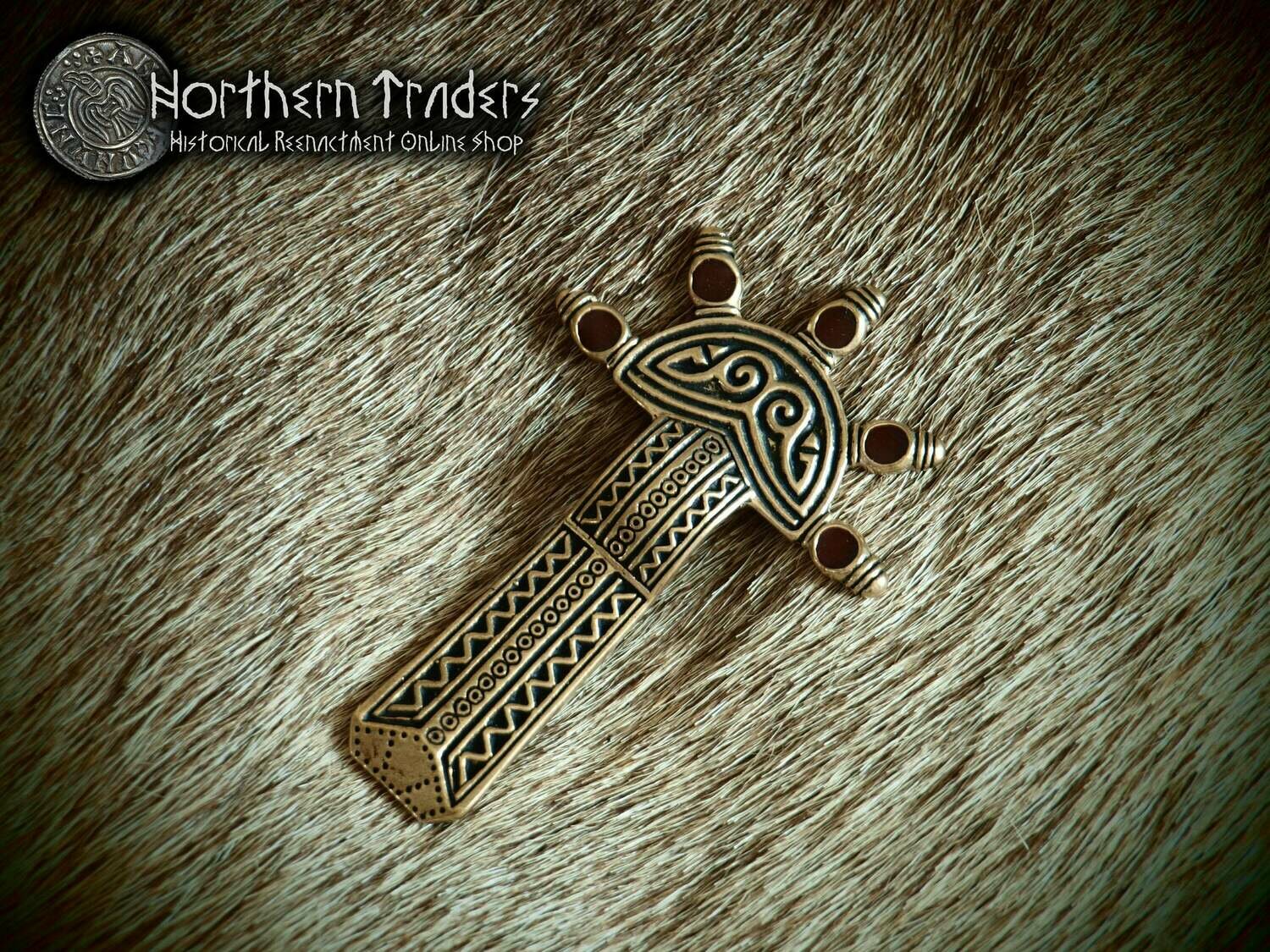 Brooch or bow fibula, probably of Frankish origin from the Merovingian Era, more specifically from southern Germany. Dated in the first half of the 6th century.

This reproduction, like the original piece on which it is based, presents a decoration with geometric motifs and five buttons, arranged radially, that decorate the piece and they are decorated with five carnelians inlays. For this reproduction we have chosen red vitreous enamel.

The original piece is exhibited on the Germanic National Museum from Nuremberg.

This type of brooch was very common in Germanic tribes such as Alamani, Thuringians or Franks during the Merovingian Period, and there are several similar finds found at France or England.

These fibulas or brooches, according to the disposition in which they have been found in tombs, were used in pairs, usually one above the other to close the clothes, above the waist. They could also be accompanied by two smaller "S" shaped fibulae in the highest part of the clothes.