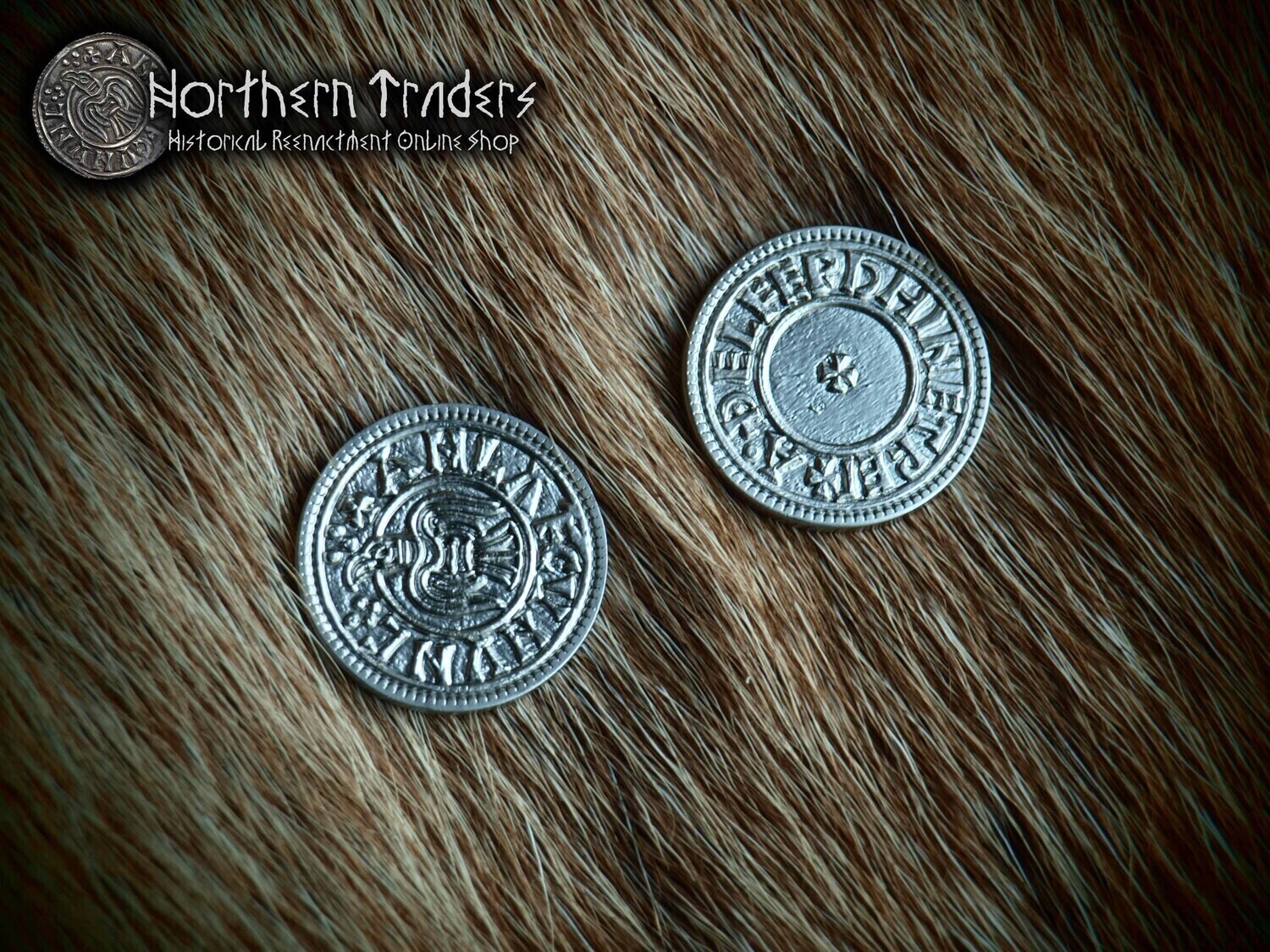 Reproduction of the viking coin of Anlaf Guthfrithsson, also known as "Raven Penny", dated AD 939-41: Anlaf (or Olaf) Guthfrithsson who ruled in York and also parts of the East Midlands. His most famous type shows a bird of prey, probably an eagle or a raven. Both birds were associated with the Norse god Odin, but the eagle is also associated with St John the Evangelist, so the religious message of the coins is uncertain. It could be a deliberately pagan symbol, or one which both pagans and Christians could accept. However, the inscription ANLAF CVNVNC means 'King Olaf' in Old Norse. Most Viking coins had Latin inscriptions, like Anglo-Saxon coins, and the use of the Scandinavian language of Old Norse seems to be a clear indication of Viking independence.

The Viking coin is 2 cm in diameter, which corresponds to the size of the original raven penny.

The material thickness is 1 mm, which is slightly thicker than the historical Viking coins.

The Anlaf Penny replica is made of brass and is available in silver or gold colour.

Link to the original piece

Note: This listing is for only one piece, of gold or silver color.